About the village of Birch

The village of Birch lies about four and a half miles south west of Colchester in the county of Essex. The civil parish of Birch comes within the administrative area of the Borough of Colchester.

The boundary of Birch Civil Parish follows a somewhat irregular course. From Heckfordbridge on the northern edge of the parish the boundary runs east, following the course of the Roman River. East of Hill Farm it turns south and continues south, passing just to the east of Garlands Farm, to a point between Bumblebee Farm and Rows Farm. Here it turns north to the north-east corner of Layer Breton Heath. It continues north for a short distance before curving round, first west, then south, towards the Hare and Hounds public house. The boundary then heads west towards Stamps & Crows before turning north and west to Roundbush Farm.

At Roundbush Farm it turns north to the B1022 road before heading south-west for a short distance along the B1022. It turns north again to Birch Holt, then north-west to a point just short of Messing Lodge. Here it turns north-east (to the west of the former Birch Airfield) and up to Cantfield's Farm. North of Cantfield's Farm the boundary heads north-east, passing to the north of Bockingham Hall Farm, to meet up with the Roman River just west of Heckfordbridge. From here it follows the course of the river to Heckfordbridge.

The best guides to the parish boundary are the election maps produced by the Ordnance Survey. Two maps are reproduced below with permission of Ordnance Survey and Land and Property Services.

There is a map each for the west and east sections of the parish with the Birch Parish boundary marked by a blue dotted line. The underlying map has been faded so that the boundary stands out more clearly. 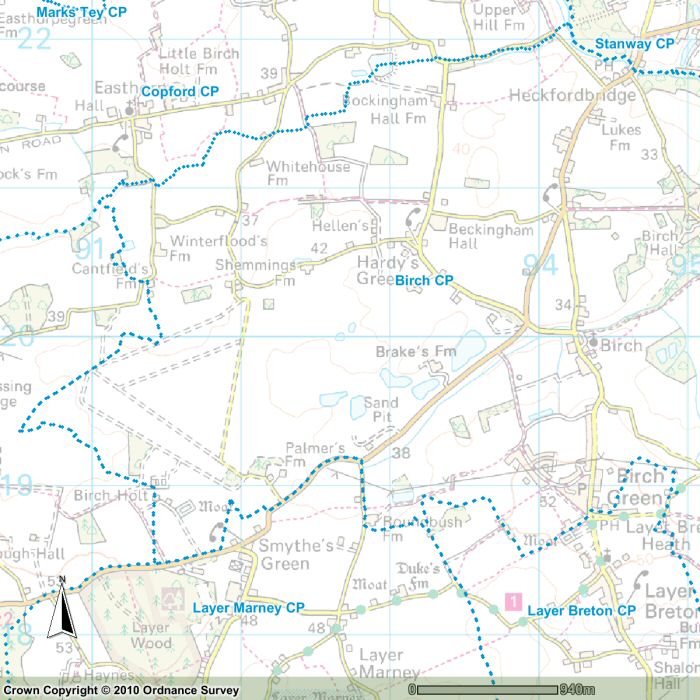 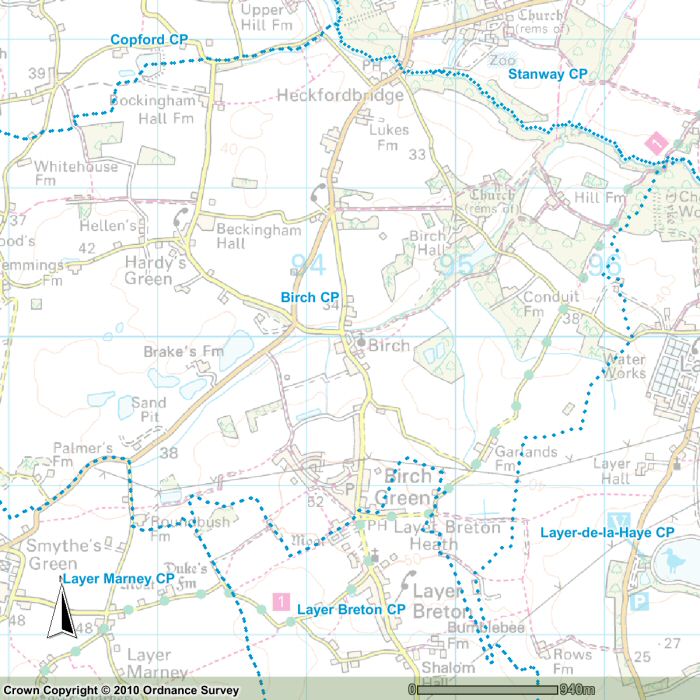 There are currently no events planned.